The real-time streaming of data to foreign service officials around the world is key to the future of U.S. diplomacy, according to the CIO of the State Department’s Bureau of Intelligence and Research.

“Just imagine the possibilities of real-time data feeds to our State Department and foreign service workforce. It could really make a difference,” said Dominic Cussatt, speaking Tuesday at the 2022 Cloudera Government Forum.

He added: “Having data streaming and these new and exciting cloud platforms that are now available to us helps us get data to places quickly that it’s never been able to get to before. It could be a game-changer.”

Cultivating a data-focused culture and piloting and scaling AI and machine learning applications to accelerate decision-making formed core goals of the State Department’s new three-year data strategy, which was made public in September last year.

Speaking at the event, Cussatt also emphasized the challenge of getting data into the hands of diplomats in near real-time: “We have our workforce out in the field, at every reach of the world, every nook and cranny, so data is critical to them. It’s not very useful if it’s expired data that’s irrelevant. The worst thing we want to hear as data providers is ‘boy I wish I’d had that a week ago’.”

He added: “Streaming just opens up so many doors for us to get information out there so our workforce can make data-driven decisions in realtime. Not after the fact.”

To carry out its mission, the Bureau of Intelligence and Research must process huge amounts of data from myriad sources, and deliver near real-time data insights to staff around the world, including those working in high-latency environments. 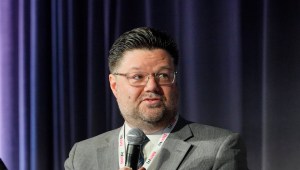