The President’s Management Agenda (PMA) will place greater emphasis on agencies’ use of data to make decisions and replacing outdated systems with emerging technologies, should President Trump win reelection, says the acting deputy director of the Office of Management and Budget.

Michael Rigas said the next PMA would include a Cross-Agency Priority (CAP) Goal of having data inform decisions like how agencies interact with the private sector. Current data shows businesses either engage “very little” with the government or do the bulk of their work with the government, a sign the cost of contracting is “too high” relative to many business plans, Rigas said during the Shared Services Summit hosted by ACT-IAC and the Shared Services Leadership Coalition on Thursday.

“We need to do a better job of leveraging data like this to improve our engagement with the private sector and, more broadly, the use of data should inform all or our actions,” said Rigas, who has been nominated to assume his role permanently, on top of serving as acting director of the Office of Personnel Management.

Another CAP Goal would be expanding the use of technologies like robotic process automation (RPA) and artificial intelligence to reduce the burden of legacy systems.

RPA and AI have the added benefit of allowing agencies to shift how they use their funds and human capital.

“We see reskilling and upskilling playing a major role in the human capital life cycle,” Rigas said. “And this is the reason we think this work under the President’s Management Agenda is so important to our success.”

The next PMA would aim to boost competition during procurements, giving agencies more options at lower cost and higher quality, Rigas said. A CAP Goal of streamlining federal contracting requirements to be more innovative and commercially friendly would reduce barriers small businesses and startups face to working with government.

Government also needs a CAP Goal to better manage risk, like it’s doing through security clearance reform, said Rigas, who was involved with that effort.

“Past efforts had chipped away at the problem, but we didn’t need to chip away at a miles-long backlog,” Rigas said. “We needed to take a big, bold step toward eliminating it.” 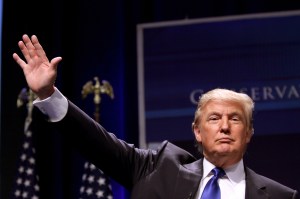