The chief information officer of the U.S Patent and Trademark Office wants to modernize the agency’s information technology and its contracting process to register intellectual property better, faster and cheaper.

When Jamie Holcombe joined USPTO a year ago, one of the agency’s major applications still ran on an HP 9000, affectionately named “T-Rex” because the Unix-based machine was a dinosaur. Holcombe had T-Rex replaced as part of ongoing, multi-year efforts to stabilize and modernize critical IT systems and infrastructure supporting more than 8,000 patent and trademark examiners nationwide, around the clock.

Filings are at an all-time high — new patent applications reached 665,231 in fiscal 2019 and trademark applications increased 5.4%.

“Based upon our fees and based upon the velocity of the patents and trademarks that come through, our economy either flourishes or it doesn’t,” said Jamie Holcombe at an ACT-IAC event Thursday. “If we can get dependency — the time it takes to award a patent — down significantly, that frees up venture capital.” The office, unlike most federal agencies, is fully funded by the fees it charges.

USPTO has one of its 14 agile DevSecOps teams working on a replacement for a patent examiner search tool created in the ‘90s. Those teams are collocated and span the full development pipeline, with plans to increase their number to 30 or 40 in 2020.

As for the new search tool being developed, it leverages machine learning algorithms and will eventually make use of artificial intelligence.

“My opinion and my opinion only — I am not speaking for PTO — is there’s no such thing as artificial intelligence. There really isn’t,” Holcombe said. “I have not met Mr. Singularity, yet. Skynet doesn’t exist.”

For now, Accenture and Google have partnered with USPTO to identify search algorithms for “supervised learning” sessions with patent examiners. The algorithms learn what’s good and bad to improve searches, as well as how applications are classified for routing and evaluation — a “top priority,” Holcombe said.

“I’m hoping that machine learning can help us find some of those data sources that we’re not using,” Holcombe said. “And I’m also hoping that we can simplify the ability to search by giving citizens search, so they can actually get in and figure out if the patent exists or not.”

In the past, USPTO worked through about 200 to 300 systems across 150 to 200 projects at any given time. That number has been consolidated into 30 products across four business lines: patents, trademarks, enterprise and infrastructure.

The change comes in response to vendor complaints that USPTO did too many small task orders and instead needed more agile contracting focused at the portfolio, rather than project, level.

“We were stifling innovation at the agency for innovation,” said Kristin Fuller, chief of the Procurement Systems Division.

Functional testing is now included in development task orders, as are better metrics. And USPTO is moving to a new paradigm where — instead of every project having multiple orders for infrastructure, development, operations, cybersecurity and testing — there will be one contract per product addressing those various areas.

The timeline for implementing the product catalogue isn’t finalized and will coincide with how USPTO coordinates contracts, said Debbie Stephens, deputy CIO.

Even though contracts will be larger, USPTO will remain mindful of small businesses when making awards.

“We do have to be sure that we’re not a bull in a china shop, and I say that because I could have come in and wrecked everything, blew it up and started again — the Army way,” said Holcombe, a former Army officer. “Instead I’m trying to be more like the Air Force and actually have some thought about it before I blow it up.” 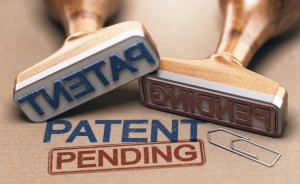 Faster patents require faster IT and contracting, and USPTO’s CIO has goals in place