The Department of Veterans Affairs leaders responsible for the rollout of a modernized electronic health record at two pilot sites are confident the system will go live as planned on March 28.

There’s one hypothetical situation, however, that would get in the way of the EHR tests, officials said Wednesday on Capitol Hill.

“If anything is going to impact patient safety, that is a no go,” VA Deputy Secretary James Byrne said in a House Veterans’ Affairs Committee hearing. “That rules over everything.”

However, Byrne — the official accountable for the rollout of the modernized, Cerner-based EHR system — doesn’t believe that will be the case, saying he’s “very confident” VA will successfully launch it on time at the initial test sites: the Mann-Grandstaff VA Medical Center in Spokane, Washington, and the VA Puget Sound Health System.

“We have a governance construct that is in place that provides oversight and drills down into the various issues and challenges that we have,” Byrne said. “We very much appreciate that this is a major, major undertaking for any agency or any health care system. We have metrics that we are tracking very closely, we have go-to-green plans for those that are behind or not on track. And at this point, I have a tremendous amount of confidence in the team we have assembled to do this.”

Of course, VA doesn’t have a good track record deploying modernizations to its health care IT systems. Congress wants to ensure that this time is different, even if that means a minor delay upfront for the $16 billion, 10-year project that will give VA the same EHR as the Department of Defense for seamless interoperability.

Lawmakers pressed Byrne and his team Wednesday on whether they would be comfortable recommending to Secretary Robert Wilkie to delay the launch, to which they all affirmed they’d be willing to sound the alarm if need be.

“Yes…I’ve not had that specific discussion with the secretary about it, because it hasn’t ripened yet,” Byrne said. “And he may well say. ‘You’re the accountable official, you make the final call.’ But it will be one of the two of us making that final decision. And we’re both accountable for it, regardless of who makes it.”

Robert Fischer, head of the Mann-Grandstaff center, said department-level leaders “have made it clear that I will have an opportunity to make a recommendation whether we are prepared or not. I’m an obstetrician by training, I know what it is to assess risk and to make difficult decisions, and I’m prepared to do so in this case.”

“We realize as the first pilot site, we have to get this right, and we have to maintain patient safety,” Fischer said.

VA officials touted the infrastructural IT upgrades made to ensure the new system operates smoothly. Now, they said, the concern is training end users to use it properly.

John Windom, executive director of VA’s Office of Electronic Health Record Modernization, said the department is focused on “making sure the field understands what is coming, making sure they are well trained, well educated on what’s to come so they do not reject what is about to transpire.”

“No one can use the system until they complete the training, and they also will have to complete an examination…nobody should be touching the system without that kind of training,” said Steven Lieberman, acting principal deputy undersecretary for health of the Veterans Health Administration.

Fischer said Mann-Grandstaff is about halfway through hiring an additional 108 full-time clinicians and then training them to support the surge needed at the center during the transition. Training, he said, takes about a week. “I think we will find time to get new employees trained up in Cerner before they start work.” 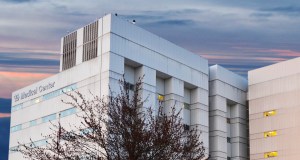