Officials told lawmakers the Department of Veterans Affairs will stop the rollout of its modernized electronic health record system at new sites while the administration conducts a “strategic review” of the $16 billion program.

The VA officials said they want time to examine any potential problems with the EHR at the Mann-Grandstaff VA Medical Center in Spokane, Washington — the first facility to bring the system online. Prescription mix-ups and delays in care have led to lawmakers and others calling for the VA to pause its work to fix issues that could harm patients.

VA Secretary Denis McDonough first announced the review with few details late last month. At the time of his announcement, the review was said to last 12 weeks.

The decade-long EHR modernization program will migrate VA’s patient records to a Cerner Millennium-based cloud platform that comes with an all-new user interface for clinicians. It’s a massive overhaul from the current health IT system that will replace much of the front and back ends of the VA’s EHR. The system is designed to become completely interoperable with the Department of Defense’s version of the modernized system. The DOD has already launched the EHR at several military hospitals with fewer publicly-known issues.

The Government Accountability Office in February recommended VA pause the EHR’s rollout, a request the department was initially lukewarm on. But the VA appears to be heeding the watchdog’s call now.

The next center slated to get the new system is in Columbus, Ohio, but it’s unclear now when that might be given the pause. The timeline of EHR’s site launches has been delayed several times in the past due to the need for more training and the transferring of resources during the early days of the pandemic. 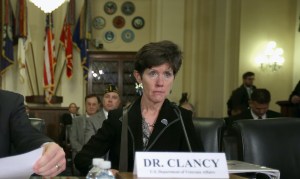 VA to pause rollout of new EHR sites during review