The VA awarded a contract to Accenture Federal Services on March 11 to start building the “Digital GI Bill” platform as a means to ease communications between veterans, schools and the government.

The idea of modernizing the VA’s benefits system been talked about for years following the passage of legislation in 2017 requiring an update to the way veterans can receive tuition and other benefits for higher education. Those changes, though, caused glitches in the existing system, which led to years of working on a long-term fix.

Momentum picked up modernizing the program last fall when the department asked Congress to reprogram COVID-stimulus funding for the IT project and made meaningful progress updating outdated systems and processes as required by the 2017 law.

Introduced under landmark legislation during World War II, the GI Bill allows veterans to earn funding to cover their education after service and has seen several updated laws to tweak its administration.

“[T]his platform will enable VA to call, email, text and chat with GI Bill beneficiaries, grant the Veterans Benefits Administration (VBA) immediate access to beneficiary records and respond to questions from colleges and universities instantaneously,” according to a press release. It described the platform as “an end-to-end systems management perspective to ensure proper compliance and oversight of GI Bill programs, and the use of data and business intelligence tools to track, monitor and measure school and student outcomes.”

It is yet another digital modernization push in the VA, which has faced challenges in modernizing some of its other major programs like electronic health records modernization.

The platform will be a product of both the VBA and the Office of Information Technology, according to the VA. The two will be using $243 million of reallocated money from the CARES Act, the initial round of stimulus passed by Congress in March of 2020. 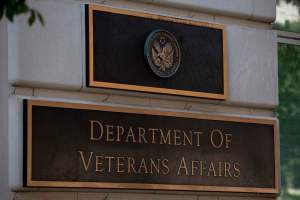