The Department of Veterans Affairs could see more congressional scrutiny on its IT projects under Senate-passed legislation that would implement several recommendations from watchdog reports.

The Department of Veterans Affairs Information Technology Reform Act of 2019, passed July 31, would increase the amount of information the VA would need to give Congress on IT projects over $25 million. The VA would also need to create specific oversight mechanisms to track cloud migration and empower the CIO to implement cost-saving measures associated with the agency’s move to the cloud, according to the bill’s text.

“When veterans can’t access the benefits and care they earned because the VA’s IT systems don’t work, are over budget, or take years to come online — well, we’ve got to do something about it,” John Tester, D-Mont., co-sponsor of the bill and ranking member of the Senate Veterans’ Affairs committee, said in a statement. There is no companion bill in the House.

The legislation comes as the VA saw its largest recent increase in its IT budget, with nearly $5 billion being appropriated by House lawmakers under a coronavirus pandemic response package. The department has a history of blowing deadlines and going over budget on IT projects, Government Accountability Office reports show. The legislation would codify many recommendations from those reports, such as empowering the department’s CIO to report strategic planning on IT projects. The comptroller general of the U.S. also would be tasked with reviewing IT plans.

The bill would also mandate compliance with the Data Center Optimization Initiative, a plan to reduce the number of legacy data centers maintained by federal agencies. The hope is that further compliance with the initiative and careful planning around cloud migration and other IT projects, the VA’s Federal Information Technology Acquisition Reform Act (FITARA) score would improve. The VA went from B+ to a C+ in the latest scorecard on agency IT acquisition management, released Monday. 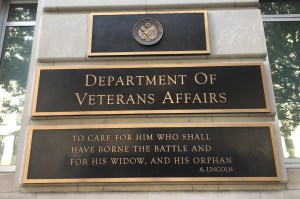 VA legislation in Senate promises closer oversight of IT projects