With the finalization of an updated Data Center Optimization Initiative policy, the Office of Management and Budget set in stone tweaks to how it defines technical aspects of data centers and measures agency progress in closing and consolidating them.

In a new memo released Tuesday night on the heels of a draft memo published in November, OMB makes changes including a shift away from agencywide averages that were influenced by outliers in performance data. The final version also tweaks the definitions outlined in the initiative that was launched in 2016. Much of the changes were outlined in the draft memo, of which some experts were initially critical.

With its publication, the new policy rescinds its 2016 predecessor.

The biggest benefit to agencies came from the consolidation of large data centers. Consolidating data closets — small storage facilities — at times was more of a hassle than it was a help, the memo stated. The new policy won’t require agencies to bother as much with the smaller data closets and other low-level system changes.

That doesn’t mean agencies are off the hook for cloud migration for data closets that might have been operating as data centers but were still defined as the smaller closet. Previously, a data center needed to have a back generator and other technical requirements to be a center, even when the servers were essentially operating as one. In the new memo, agencies can report actions on these serves as data center consolidation instead of just actions on closets.

Changing definitions and standards “just baffled” Tony Scott, an Obama administration U.S. CIO. The standards were understood across the industry and specific cases had already been given necessary exemptions, Scott said.

“What I heard over and over and over again from CIOs and even the career people, the worst thing for them is constantly changing definitions and requirements,” he said in an interview with FedScoop.

The Government Accountability Office found in April many agencies in the program were not going to meet OMB targets. The report found 4,716 federal data centers will continue to operate.

OMB admits in the memo that counting data centers has been a difficult and often trivial task, which has resulted in the inflation of inventory based on definition changes, not the actual adding of data centers.

“As OMB’s understanding of the Federal data center portfolio has evolved, it has become clear that prior OMB DCOI guidance on this topic inflated the apparent number of Government data centers,” it says. “The apparent increase did not reflect the actual number of dedicated Government data centers because there was no dramatic increase in new facilities during that time. OMB will continue to refine the agency reporting requirements to make this portfolio information more transparent for oversight purposes.”

Challenges in the way the previous memo required agencies to report their progress as an average is also being changed. “OMB will avoid using averages for metrics whenever possible,” and instead focus on metrics of where agencies can show “continuous improvement,” the memo states. It did not specify what metrics OMB will use as its progress yardstick.

Scott said this amounts to changing the denominator on measuring progress, a shift that will hamper long-term tracking and raise tensions with lawmakers.

“This drives congress nuts,” he said.

In the memo, OMB stated its desire for federal agencies to move from upgrading “low-hanging fruit” and work harder to consolidate data in federal centers and migrate to cloud-based technologies.

The policy initiates a funding freeze for new or expanded data centers. OMB requires pre-approval for any funds to be put toward federal data centers.

The final version of the policy maintains the proposed changes to update metrics for virtualization, advance energy metering and server utilization, while removing metrics for energy efficiency and facility utilization, and adding one for the availability of government-owned data centers.

The memo comes after an updated “Cloud Smart” strategy was recently released from OMB that swaps the previous “cloud first” strategy to a “smart” one, according to the strategy. 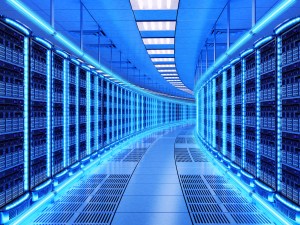