The Department of Defense has selected Victoria Coleman to run its research and development arm.

As the new director of the Defense Advanced Research Projects Agency (DARPA), Coleman brings more than three decades of experience in government, academia and the private sector, working in leadership roles at companies like Atlas AI, Yahoo!, Nokia, Samsung and Intel Corp.

She also comes into the role as a current member of the Defense Science Board and DARPA’s Microsystems Exploratory Council.

Coleman officially replaces Steven Walker, who served as director between 2017 and January 2020.

“During this era of great power competition, DARPA is critical to strengthening the U.S. military’s technological dominance and advancing innovations that benefit our warfighters. We are excited to welcome Dr. Coleman as the new director and look forward to building upon DARPA’s unmatched record of achievement,” Michael Kratsios, acting undersecretary of Defense for research and engineering, said in a statement.

Peter Highnam, who’s served as acting director of DARPA since January, will return to his role as deputy director.

Since the 1950s, DARPA has led the U.S. military’s long-term investments in new science-and-technology-backed discoveries in support of national security. Within in its wide influence on U.S. research communities, the agency is credited for backing Silicon Valley innovators who made that region into what it is today. 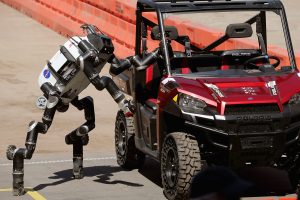