Technologists must be included at the highest level of federal agency decision-making to ensure American citizens get the best possible customer service, according to a White House official.

Noreen Hecmanczuk, digital experience adviser to the federal chief information officer, said Thursday that the Office of the Federal CIO is working hard to ensure staff with technology expertise have a seat at the table during C-suite strategy discussions.

”We’re trying to get technologists included in meetings that happen upstream because technology supports mission delivery,” she said. “[I]f you just have employees who don’t necessarily have that background, [who] are cracking ahead with a procurement or acquisition and the technologist is missing … that’s a missed opportunity to deliver a service that will delight the customer.”

Hecmanczuk explained that the federal CIO’s office, housed in the Office of Management and Budget, is “trying to get technologists in the room earlier and often. We want to focus on the C-suite — they also have a huge responsibility to protect the safety and security of the systems that we manage on behalf of the American people, and so technologists are hugely important to them.”

Speaking at a discussion panel hosted by Nava Public Benefit Corporation, Hecmanczuk cited a helpdesk automation project within the retirement service division at the Office of Personnel Management as an example of a best practice that resulted from close collaboration between technologists and senior management.

“We brought our technologists to the table with our business partners, so we worked together, carried out a six-week sprint, and in that amount of time realized that out of the 2.6 million customers, two-thirds of those customers could be served with a self-service tool,” she said. “We brought the right folks together at the table, and what we launched was OPM.gov/support.” 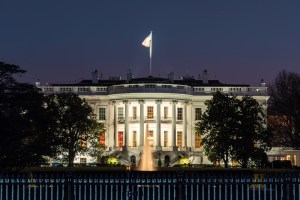