The National Strategy for Critical and Emerging Technologies consists of two pillars: promoting the national security innovation base and protecting the U.S. advantage in technology.

Up to this point the Department of Commerce and other agencies individually identified technologies to promote and protect without collaborating, so the strategy intends to give them a general approach.

“The strategy announcement doesn’t include specific announcements of funding or announcements of any sanctions or similar measures,” said one senior administration official on a press call. “But what it does signal is a new coordination among agencies so that items like that in the future, both the promote and the protect, will be better synchronized across the different parts of the government.”

Commerce will continue to lead on export control, but other agencies have a role to play in securing the artificial intelligence and information technology supply chains, officials said.

“The United States will no longer turn a blind eye to attacks from countries like the People’s Republic of China and Russia, who steal technology and force companies to hand over intellectual property, undercut free and fair markets, and surreptitiously convert emerging civilian technologies to build up their militaries,” said the senior administration official. “And we do this in conjunction with our partners, allies and likeminded nations.”

Those allies must adopt robust systems for controlling foreign investment in their technologies to prevent them from becoming security threats, officials said.

The Trump administration previously released the American AI Initiative and National Quantum Initiative for investing in research and development as well as the science and technology workforce. And the National Strategy for Critical and Emerging Technologies incorporates parts of those initiatives.

More recently the administration signed the first-ever bilateral AI agreement with the U.K. and quantum agreement with Japan, and the strategy calls for establishing worldwide technology norms that reflect democratic values.

“It articulates the areas viewed as the most strategically important and provides a guiding approach for the rest of the federal government, the U.S. research and innovation community, and our allies around the world as we promote and protect our technology advantage,” said another senior administration official.

One agency developing many of the emerging technologies covered by the strategy is the Department of Energy, which has numerous AI and quantum projects ongoing between its 17 National Laboratories.

“At DOE, we have taken actions to tighten compliance with respect to international science and technology cooperation across our National Laboratory research complex,” Brouillete said, in a response to the strategy’s announcement. “We will continue to promote our national innovation base while protecting our technological advantage from adversaries.” 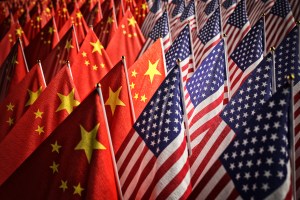 White House flags 20 technologies for agencies to promote and protect