One of the hottest topics this year has been how the government can infuse new tech like artificial intelligence, automation and machine learning into their IT environments to capitalize on the changing nature of work without alienating some knowledgeable-but-underskilled employees.

But despite numerous discussions on the potential of automation replacing human skills, agency leaders said Thursday that their employees are both hungry for new technologies and the reskilling opportunities they may bring.

“I’m in a place right now where I’m so understaffed to do the job that I need to do,” said Bill Pratt, the Department of Homeland Security’s director of strategic technology management. “It’s really not, to me, an issue of the fear of AI taking over. We desperately need it because we are already behind the eight-ball.”

Pratt said at a reskilling event that much of the current enthusiasm has been centered on the potential applications of robotic process automation (RPA).

The technology, which uses software-enabled bots to automate repetitive and essential tasks, has been receiving growing interest across the federal space and could be leveraged as a gateway technology for many agencies because it’s relatively easy and inexpensive to deploy.

Another incentive for implementing new technologies like RPA appears to be its ubiquity in being able to complete labor-intensive tasks, which is why Marisa Schmader said employees at the Treasury Department’s Bureau of Fiscal Service have been clamoring for its adoption in pilot programs examining potential applications for administrative tasks.

“In our case, it’s not a situation where the staff are really concerned and don’t see themselves in the picture,” said Schmader, assistant commissioner for fiscal accounting and officer of financial innovation and transformation at the bureau. “They are actually the ones really driving us from the shared services perspective. Because it allows us, as an administrative shared services provider, to take on additional customers without hiring additional people; it helps us lower our costs and increase our efficiencies.”

She added that it has also been relatively easy to train staff on RPA, allowing the Bureau of Fiscal Service to stand up some reskilling pilots pretty quickly.

But while onboarding the technology hasn’t been as stark a challenge, employees aren’t the only community in need of outreach. There are concerns that any proliferation of RPA might run afoul of auditors tasked with overseeing an agency’s operations, not to mention Congress, because of any potential changes to its business processes as a result of adoption.

“That community is where we are focusing a lot of our time right now,” Schmader said. “Making sure they understand what our process was, how this new technology would work and how it won’t harm our existing controls, but, in fact, improve them.”

But RPA could help those compliance issues too, Pratt said, be it helping document a lot of processes that might be requested by Congress or the Government Accountability Office and not captured by current operations.

“One challenge is to do the job plus record everything that we do,” he said. “That will be one of the things I’m looking at, to try and get some logs that basically show you the evidence of the time we’ve put in. Some find that a little scary. If we screwed up, we screwed up, but sometimes we may have done something right. I’d rather have the facts [handy].”

With pilot programs going on at the General Services Administration, the Department of Health and Human Services and other agencies, RPA isn’t likely to disappear from the conversation anytime soon. If anything, it may be the keystone of some of the government’s first reskilling efforts. 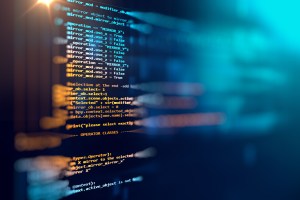 Agencies eager to reskill their workforces are looking positively at automation