Leaders from across the federal government have been banging the drum lately about the promises that artificial intelligence and automation hold for assisting an overwhelmed federal workforce.

But to ensure that AI can be the “coworker” that tackles all of the time-crushing, labor-intensive work federal employees are accustomed to, it’s going to take a massive redesign of skills needed in the workforce to utilize the technology.

“Really focusing on a lot of the cognitive elements of how to get adoption up and get people to understand these technologies is going to be very important,” said William Eggers, executive director of Deloitte’s Center for Government Insights. “I was over at [the Office of Management and Budget] the other day and their belief is that we are going to reskill [hundreds of thousands] or more federal employees over the next few years alone.”

Eggers said at the Professional Services Council’s Tech Trends conference Tuesday that the advent of AI, automation and machine learning has the potential to free up more than 1.1 billion hours of labor-intensive tasks that federal employees spend most of their time doing, like documenting information, instead directing it toward high-level operations.

But that will only happen effectively if federal leaders can develop a strategy that will ultimately change the role of many employees and get them to buy into it.

“We actually believe that what you need to do is move from thinking about jobs as activities to jobs as a series of behaviors for solving different problems,” Eggers said. “What kinds of problems are we trying to solve and then, what is the human-to-machine pairing?”

The President’s Management Agenda focuses prominently on both adopting automation technologies and reskilling federal workers for needed IT and cybersecurity positions — but the scope of administration’s plans for addressing the latter hasn’t yet been addressed in specific terms.

But U.S. CIO Suzette Kent said that leveraging the current federal workforce will be essential to  IT modernization efforts, both for its institutional memory and its capacity to take advantage of new tools.

Kent said the administration officials would be meeting Wednesday to discuss federal workforce strategy as it relates to the PMA’s goals, including the skills and tools employees will need moving forward.

“There is a significant commitment to the current federal workforce,” she said. “Because the knowledge of how the business processes work is critical to the transformation. The focus on the ways we can reskill and a broad dynamic is part of that.”

Any reskilling strategy will have to be designed to engage that workforce it’s aiming to train. Department of Justice CIO Joe Klimavicz said he’s looking for continuous learners in his ranks.

“I think we need to do more on an assessment of what technology or even business skills an individual needs and how we most rapidly impart those skills to that individual,” he said. “I think we have a lot of web-based technology training classes and those, to me, are boring. We’ll go through some PowerPoints, maybe take a test at the end and they are really limited in scope.”

He said instead, agencies should focus on strategies like nano-degree programs where employees focus on getting certifications in specific skill sets through “interesting and exciting curriculums.”

“What we need is something that people want to do and continue in keeping their skills current,” he said. “For me, the online stuff, it just doesn’t cut it.”

OMB is projected to complete a reskilling plan by the second quarter of 2019. 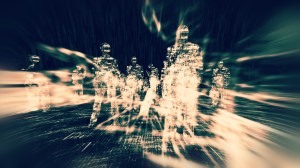 AI could mean massive reskilling initiatives for the federal workforce