Amazon is the latest tech company to wade into the national conversation over what government regulation of facial recognition technology should look like.

The company released a blog post Thursday written by Michael Punke, vice president of global public policy at Amazon Web Services. In it, Punke lays out the company’s “proposed guidelines” for responsible use of facial recognition — five very broad ideas that include calling for high confidence thresholds, human review and transparency in cases where law enforcement agencies use the technology.

As ever, the company is quick to remind readers of the positive applications for the technology. “We’ve already seen the technology used to prevent human trafficking, reunite missing children with their parents, improve the physical security of a facility by automating access, and moderate offensive and illegal imagery posted online for removal,” the post states. “Our communities are safer and better equipped to help in emergencies when we have the latest technology, including facial recognition technology, in our toolkit.”

The post also assures readers that Amazon’s facial recognition offering, Rekognition, is effective and being used appropriately by customers, including those in law enforcement. “In the two-plus years we’ve been offering Amazon Rekognition, we have not received a single report of misuse by law enforcement,” Runke wrote.

But it does eventually make a nod to the civil rights and civil liberties concerns that have, in recent months, come from advocacy organizations, members of Congress and even Amazon shareholders.

“We understand why people want there to be oversight and guidelines put in place to make sure facial recognition technology cannot be used to discriminate,” the blog post reads. “We support the calls for an appropriate national legislative framework that protects individual civil rights and ensures that governments are transparent in their use of facial recognition technology.”

Amazon’s comments on this matter indicate that it is now ready to join an active debate among its peer companies. In December 2018 Microsoft President Brad Smith revealed what his company believes regulation of facial recognition technology should look like. And earlier, in June, Google unveiled its “AI Principles,” which govern what kind of AI-enabled applications the company will and won’t pursue. In October, Google dropped out of the competition for the Department of Defense’s $10 billion Joint Enterprise Defense Infrastructure (JEDI) cloud contract, in part citing these principles. 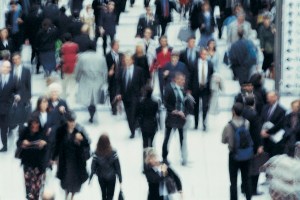