The Army is now fielding its enterprise resource planning system to Navy hospitals as part of a Defense Health Agency consolidation.

Launched in 2012, the Army’s General Fund Enterprise Business System (GFEBS) is one of the largest ERP systems globally, handling more than $164 billion in transactions annually.

DHA saw an opportunity for the Army to be the service provider for tracking accounts receivable and medical supply procurement for Navy and Air Force hospitals, which were on different service systems.

“That takes them off their legacy system,” said Heather Putman, GFEBS product director, on Thursday at the Financial Systems Summit 2020.

The second wave of hospitals goes live in April, a third in June and a fourth in September, Putman said. The Air Force adoption of the system will come later.

At the same time, GFEBS is migrating to a commercial cloud provider.

Development in the cloud will begin in February, with all GFEBS operations on track for migration in fiscal 2021, Putman said.

“We’re one of the last programs across the Department of Defense to go into a commercial cloud environment,” she said. “And we’re also taking that opportunity to improve the database that we’re sitting on to get customers faster-running transactions and a much more usable system.”

In the past GFEBS focused on hardware that took time to procure and secure, but the cloud will make the system easier to update and more agile, scaling up and down based on the needs of the customer base, Putman said.

The challenge in the interim is the split between on-premise and cloud hosting.

“It’s not like you flip a switch. You start to build in the cloud, but then as you’re building you still have to maintain what you have on premise as well,” Putman said. “So you are doubling cost for the times that you have to transfer your operations from one location to another.”

Current GFEBS conversations revolve around how quickly operations can be migrated to the cloud.

“How fast can we potentially go without accepting risk that’s going to jeopardize our customers?” Putman said. 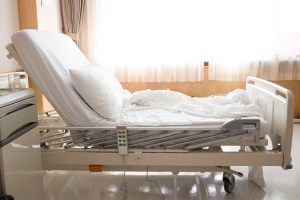