FedScoop caught up with George recently to get his current take on how defense agencies are using cutting-edge cloud technologies to increase speed to mission.

FedScoop: Edge computing has been an important capability for the Department of Defense. Could you share a recent example of how it has worked in practice? 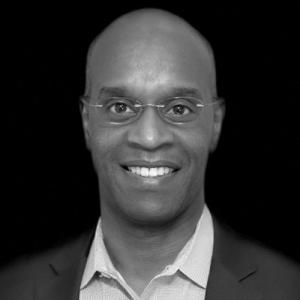 George: Edge computing gives our warfighters access to innovative and secure solutions at the tactical edge – whether on land, in air or at sea. A good example of how it works took place during a technical demonstration known as “On-Ramp 4,” which was conducted to test edge computing capabilities for the Air Force’s Advanced Battle Management System (ABMS). AWS was proud to be invited to Germany last year to participate in the On-Ramp 4 exercise, organized by the Air Force Chief Architect Integration Office. The goal of the On-Ramp 4 forum was to serve as a roadmap, building off of prior on-ramps, to test the ability to integrate capabilities from vendors, U.S. military organizations and partner nations that work together to deploy a tactical edge network — or nodes — solution and leverages a highly resilient network of connections and communications systems.

The results demonstrated capabilities such as DevSecOps, the deployment of artificial intelligence and machine learning applications and Kubernetes clusters at the edge, and the ability to move deployed code from unclassified to classified networks.

FedScoop: What are some of the broader lessons that the defense community might take away from these on-ramp exercises?

George: In this case, the Air Force was able to show how it is possible to lay the foundations of an “Internet of Military Things” (IoMT), which is called out in the ABMS request for proposal and statement of work. In essence, it enabled data sharing across the Department of Defense, using established open digital architecture and standards. It also demonstrated the ability to transmit data over both classified and unclassified networks.

In fact, the Air Force recently expanded its ABMS on-ramp initiatives, testing capabilities to detect and defeat attacks on U.S. operations in space in addition to countering attempted cruise missile strikes against the homeland.

It is critical that the DOD continue to test these capabilities to improve how they work with commercial entities, like AWS.

FedScoop: From your perspective at AWS, how did these on-ramp exercise and utilizing cloud capabilities accelerate “speed to value” — or, in the military’s case, “speed to mission?”

George: These on-ramp exercises are all about achieving the one mission outcome most critical to combatant commanders: accelerate speed to mission need.

Through these exercises, the DOD has been able to demonstrate the ability to set up a scenario and test cloud-capabilities in a virtual environment while engaging multiple vendors, U.S. military organizations, and our partners to stress test what will happen in different scenarios. From there, each organization can take the lessons learned to adapt their tools or iterate relatively quickly.

The exercises also give our military leaders the ability to move faster and more effectively by experimenting using cloud capabilities. At the end of the day, it’s about delivering mission relevant capabilities to the field at the speed of mission needs. At AWS, we believe our DOD customers deserve access to the same AWS cloud technologies that are driving innovation across the private sector. We owe that to our service members and their families.

FedScoop: Where else are you seeing the cloud helping the Defense Department innovate faster?

George: Another good example came from the U.S. Navy. As crew members aboard the USS Theodore Roosevelt started becoming sick  at the beginning of the pandemic, the U.S. Navy deployed a COVID-19 health tracking application across select aircraft carriers and amphibious assault ships to collect data on sailors’ temperatures and symptoms. Using an edge service called AWS Snowball, they stood up the app within five weeks and ran it across eight ships, showing the agility and the speed of mission need we’re talking about achieving.

The readiness of the USS Theodore Roosevelt and its crew is vitally important to not only the U.S. Navy but for our nation. By ensuring the health of those sailors, the Navy was able to continue conducting their mission across the globe.

FedScoop: Where are you seeing the biggest opportunities for the Defense Department to innovate faster? And what should Defense officials keep their eye on as cloud and edge capabilities continue to evolve?

George: We are seeing progress and opportunity in the area of emerging technologies. Military leaders are really looking to take advantage of programs around artificial intelligence (AI) and machine learning (ML). And you see this appetite for modern technology with the examples I mentioned earlier.

At AWS, we believe that cloud can enables customers of all shapes and sizes — including governments, defense agencies and other public sector organizations — to scale up and down quickly and seamlessly and take advantage of innovative technology. From computer vision systems for autonomous driving, to FDA-approved medical imaging, AI is certainly driving public sector innovation.

One of the things we’ve been hearing people say is that we are in the “golden age of machine learning.” What I would say is the algorithms have been in existence for a while. But the military and the government are seeing that ML is becoming more accessible because organizations have access to very large datasets as well as lots of computational capabilities that weren’t previously available.

We’re really proud of the ability to work alongside our fantastic government customers and help unlock this potential.

At AWS, we feel strongly that our defense, intelligence and national security communities deserve access to the best technology in the world.

One truth that is not lost on me is that, long after you and I go to bed tonight — and I promise you long before we wake up in the morning — our service members will be accomplishing our difficult missions across the globe.

AWS is committed to the missions that protect our national interests, and we will not rest until we bring the best available cloud-enabling technology to our service members who serve in harm’s way.

Learn how AWS can help your agency capitalize on today’s cloud or contact us at AWS Public Sector. 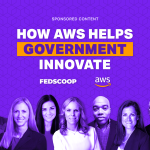 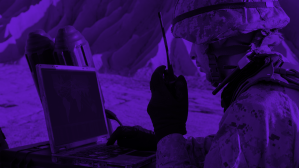