The nation’s sudden accelerated dependence on government services over the past year cast a huge spotlight on agency IT systems performance. As we all know, some systems held up remarkably well under the strain and others did not. 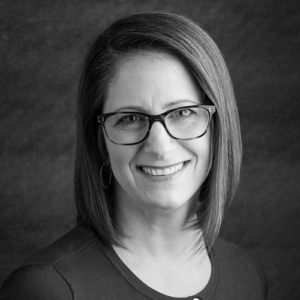 From the public’s point of view, and over a longer-term perspective, the federal government’s customer experience “remains weak and uneven compared with the private sector,” according to  Forrester’s 2020 U.S. Federal Customer Experience Index. The report found that the federal average CX score of 15 key agencies and programs trailed nearly 11 points behind the private sector average and was “lower than any other industry or sector” we studied.

More starkly, “Only 38% of federal customers who used digital-only channels considered the experience emotionally positive,” the report states. While some agencies — notably the National Park Services — scored better than others among some 98,000 adults who interacted with 250 brands measured in the index, overall, federal agencies in aggregate are getting lapped by more user-friendly private sector services.

It doesn’t have to be this way.

True, federal agencies must contend with more rigorous regulatory constraints than their commercial counterparts. Living within unpredictable, single-year budget cycles and abiding by strict consumer data-gathering rules, among other factors, make it hard for most agencies to step on the gas when it comes to improving citizen CX.

Clearly one of the barriers that can, and must, be overcome is the notion that the user experience is “good enough” for government. While officials in the last administration made strides to improve the customer experience and service delivery for federal customers, more needs to be done so those efforts do not continue to languish until agencies and the administration as a whole more fully commit to addressing the concurrent need to modernize federal IT systems.

It’s not that the federal government isn’t investing mightily in its IT systems. Investment remains robust though woefully misplaced. As much as 80% of those IT and cybersecurity funds are funneled into sustaining legacy technology instead of investing in modernized, cloud-based technologies that can deliver continuously updated IT infrastructure and applications – technologies that are both less expensive and more secure.

There are many opportunities for agencies to fast track their CX efforts, by leveraging their data, even as they ramp up their modernization efforts.

It’s relatively easy now, for example, to use a data platform to mine the types of words that customers use when they’re engaging online or contacting an agency by phone or email and determine what they’re looking for, or whether they had a good or bad experience. That intelligence can easily fold into customer service platforms, to deliver more data-driven, real-time insights and improve service delivery over time.

There are also a variety of IT automation and system orchestration tools to speed up backend processes, reduce repetitive administrative tasks and ultimately help employees focus on more valuable ways to support the customer experience. Those same tools can also help agencies identify what internal applications and systems people are really using or not using. If people are using what you’re putting in their hands, that’s a measure of success; and if they’re not, that can tell you where to reallocate your investments.

In the end, though, good customer experience requires a champion with top leadership’s support.

One example that has really impressed me is the work unfolding at the U.S. Air Force under its new Chief Experience Officer, Colt Whittall. He is the first appointee from any military service in this role across the Department of Defense, arguably the world’s largest and most complex organization.

Speaking at a recent federal CX panel discussion, Whittall described, for instance, his approach to measuring IT user satisfaction, beginning with an Air Force IT Pulse survey. The survey asks IT users across the Air Force a few simple questions and uses national language processing to help analyze the results.

He’s also rolling out a monitoring platform that captures system response time and availability data for all of the Air Force’s key applications — in real time and which tracks performance over time. That analysis will help gauge the impact of system upgrades and IT support services as they are deployed across the entire Air Force.

The decision to support remote users during the pandemic — by rolling out hundreds of thousands of VPN connections and cloud-based applications — had a dramatic effect on user satisfaction, with telecommuters registering twice the level of user satisfaction compared to those working primarily on base, he said.

Whittall’s approach to enhance customer experience is pragmatic: “Partnering with commercial technology is the only way to go, because it’s the only kind of capability that’s going to deliver the agility and the speed, and the scalability that’s required to keep us moving forward,” he said in the panel discussion. “Nobody wants to go backwards,” now that they used to a better experience.

The U.S. Air Force’s example illustrates the art of the possible in government. It also highlights how modernization and user experience go hand in hand — and how that in turn, can translate into greater productivity, faster decision making and most importantly, more effective delivery of mission-related services.

Learn more on how Splunk is helping federal agencies modernize for the future.