Agriculture Department CIO Jonathan Alboum has been moved to a new role within the USDA as part of a spate of senior-level reassignments ordered by Secretary Sonny Perdue this week.

Alboum, who has been USDA CIO since June 2015, will take on a senior procurement role.

Asked about Alboum’s reassignment, a USDA spokesperson wouldn’t comment specifically but did pass on a blanket statement about Perdue’s shuffling of senior leadership.

“[I]n his continuing efforts to make USDA the most effective, most efficient, and best managed department in the U.S. government, he is seeking to match people with the most appropriate positions,” the spokesperson said in an email.  “As a result, a number of members of the Senior Executive Service (SES) at USDA were offered the opportunity for reassignment to new roles within USDA.”

There have been a number of high-profile federal CIO personnel shake ups in recent days. Similar to Alboum, Treasury CIO Sonny Bhagowalia was moved within his department to take a detailee position at the Bureau of Fiscal Services 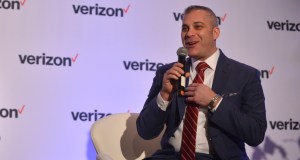