The U.S. Coast Guard is seeking input on an IT infrastructure consolidation plan that will help migrate part of its system to the cloud to ensure operators around the world have access to critical networks.

“The security environment is also affected by the rising importance of the cyber domain – where adversarial nation states, non-state actors, and individuals are attacking our digital infrastructure and eroding the protections historically provided by our geographic borders,” the strategic plan states.

The challenge to secure and re-structure the Coast Guard’s networks and IT infrastructure span global operations, different security classifications and many data centers, according to the request. The networks support more than 54,000 users worldwide at 823 global sites. The current networks are based on a slew of Microsoft operating systems, some more than a decade old.

The Coast Guard has been watching the development of Department of Defense’s JEDI cloud contract, Adm. Karl Schultz said in August. Now, the Coast Guard hopes to migrate some of its data to the cloud while keeping some of it on the government servers it operates.

“USCG recognizes it must partner with Industry” the request states. 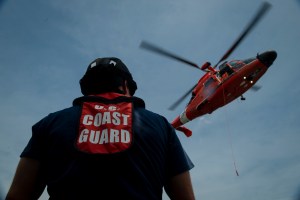