The Office of Personnel Management is seeking two backup mainframes to protect some of the agency’s most critical workloads in the event that one of its existing mainframes should fail.

OPM, together with the Centers of Excellence team that was brought in in May to “stabilize” the agency’s aging IT systems, published a request for information (RFI) and draft RFQ on the matter this week.

“COE and OPM are seeking to obtain mainframe hardware, and the services associated with delivery and bringing them to ‘code 20’ for each of their two data centers,” the draft RFQ reads. “They will be set up in a redundant failover setup for disaster recovery (D/R) by internal OPM resources.” The agency is seeking feedback on the draft RFQ in general, and on whether it would be more cost-effective to lease or buy the necessary mainframes.

Responses to the RFI are due by July 15.

The document hints at how the COE teams at OPM intend to go about the necessary legacy IT modernization process. Namely, as the draft RFQ states, “OPM has decided to proceed by upgrading their existing hardware to allow for a proper modernization process to take place while maintaining quality of service for the multiple workloads they support.”

The two key workloads that currently rely on OPM’s IBM Z12 mainframes, per the draft RFQ, are background investigations and retirement services. The government wants to make sure it has backup systems in place for these critical services.

OPM is the COE’s third customer agency, and the initiative’s installation there represents a kind of second best scenario to the administration’s preferred path of reorganizing OPM within the General Services Administration. In mid-May, acting director Margaret Weichert made a “case for change” to reporters and in Congressional testimony.

“Fundamentally, we believe the current structure of OPM does not meet the needs of our 21st century missions,” she said at the time. Accordingly, the administration’s proposal is to “lift and shift” OPM’s services — many of them being IT-heavy systems that serve the federal civilian workforce — to placement as one of the business lines within GSA. OPM would then be on par with offices like the Federal Acquisition Service (FAS) and the Public Buildings Service (PBS).

This full-scale reorganization, however, would require approval from Congress. And lawmakers weren’t biting.

The COE initiative aims to “accelerate IT modernization across government.” It was first introduced by the White House Office of American Innovation in summer 2017 and is now housed within the Technology Transformation Services at GSA. The first instance kicked off in April 2018 at “lighthouse agency” the U.S. Department of Agriculture, and the second installation at the Department of Housing and Urban Development began in September 2018.

The five available CoE teams — agencies pick what they need out of a grab bag of expertise on cloud adoption, IT infrastructure optimization, customer experience, contact center and service delivery analytics — work in two distinct stages. Phase I is discovery and assessment, and Phase II is implementation.

Per a press release from May, the COE teams at OPM are focused on four areas: 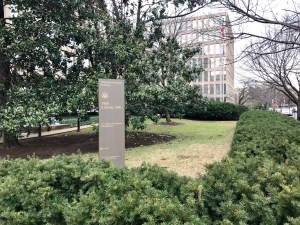