Industry pressure is mounting for the General Services Administration to issue guidance for agencies on hitting deadlines for modernizing their telecommunications, as the coronavirus pandemic further delays transitions.

The disruption caused by COVID-19 has slowed task order awards under the Enterprise Infrastructure Solutions contract, government’s $50 billion telecom and network modernization vehicle, said Zain Ahmed, vice president of civilian and law enforcement sales at CenturyLink, which has since been rebranded to Lumen. In the limited cases where task orders have been awarded, agencies aren’t providing contractors “clear direction,” Ahmed said, during a virtual talk May 7.

Ahmed added he’s a “big believer” in GSA’s push to have agencies quickly transition to EIS. But task order award delays are hampering the move away from the legacy Networx, Washington Interagency Telecommunications System 3, and local service area contracts.

“Nothing changed around the EIS transition schedule. That’s static, and we’re all marching toward that,” Ahmed said. “There are some issues coming with COVID-19. It’s getting delayed because people aren’t in the office; people aren’t collaborating how they used to.”

While “a few” task order awards are delayed, most remain within the projected time frames provided by agencies, Allen Hill, executive director of telecom services in the Office of IT Category at GSA, told FedScoop.

The Government Accountability Office surveyed 19 agencies spending the most on EIS and found all planned to transition by May 2023, when legacy contracts are set to expire. But 11 expected to miss GSA’s more aggressive Sept. 30, 2022, deadline in October 2019, before the pandemic reached the U.S.

GSA asked agencies to share information on the effects of the pandemic and said it will work with those that have already awarded task orders on a case-by-case basis to address delays, Hill said.

“Not all agencies have been impacted,” Hill said. “GSA is in constant communication with agencies’ transition teams to ensure agencies are able to continue making progress.”

Based on agency feedback, GSA will decide whether to provide additional, broad guidance or assistance, he added.

Some agencies like the Department of Defense have started relying on lowest price technically acceptable (LPTA) source selection for EIS, “quick fixes that really don’t offer much value,” Ahmed said.

The Defense Information Systems Agency implemented maximum telework to ensure contracting continued uninterrupted during the pandemic, executing six EIS awards in April, according to a spokesperson.

“DISA utilizes the appropriate strategy for each individual procurement as determined through use of well-established federal and DoD procedures,” the spokesperson said.

Most EIS solicitations are “best value,” but agencies must balance the overall cost of their transition with the time it will take to implement, Hill said.

As agencies speed up their transitions, companies are being given less time to address task order requirements, which “puts a lot of risk on the industry to provide an accurate response in a time that’s constrained and give you the best value,” Ahmed said. CenturyLink prefers to open up a dialogue around requirements early, he said.

That can be difficult when the EIS task orders were written pre-pandemic and industry has to address network issues that have arisen from telework, not mentioned in the agreements, said Campbell Palmer, solutions architects manager for public sector at CenturyLink.

“I know for certain that when we come out of this pandemic, once the awards are made, there’s going to be a shift in … what [agencies] are actually looking like from their WAN perspective,” Palmer said. “And we’re prepared for that.”

Telecom is critical to the government’s Continuity of Operations Program for maintaining essential functions during national emergencies, the GSA’s Hill said.

“Agencies are encouraged to examine any gaps in their network infrastructures and ensure they make appropriate adjustments to their EIS task orders to provide needed capabilities,” Hill said. “Modern IT demands modern infrastructure.” 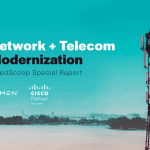 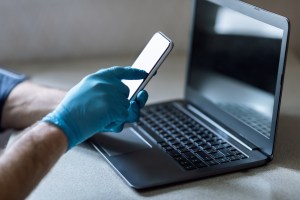