The White House announced Monday that President Donald Trump intends to nominate Dale Cabaniss as the next director of the Office of Personnel Management.

Cabaniss most recently worked as the Republican staff director at the Senate Appropriations Committee’s subcommittee on financial services and general government. Per her LinkedIn page, Cabaniss left that job in April 2018. She has also served as Chairman of the Federal Labor Relations Authority.

The appointment of Cabaniss would fill a role that’s been empty, at least in an official capacity, since Jeff Pon left abruptly in October 2018. He had been on the job for just seven months.

Since then, Margaret Weichert, deputy director for management and the Office of Management and Budget, has been filling in as acting director of OPM in addition to her role at OMB. Shortly after taking this second job, Weichert said she’d been “graciously welcomed” at OPM and emphasizing the President’s Management Agenda while in the position. 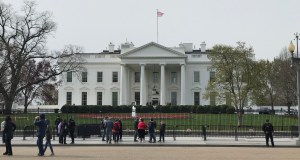 President to nominate Dale Cabaniss as director of OPM