Defense officials are interested in how quantum computers can be applied to science and technology issues, including machine learning, and they’re looking to industry for help.

The Defense Advanced Research Projects Agency said Tuesday in a request for information that its Defense Sciences Office is looking to leverage the nuanced technology’s increased computing power for applications like optimizing artificial intelligence and machine learning, and addressing scientific modeling problems.

Quantum computing has been one of the most discussed emerging technologies this year, mostly for its theoretical potential to dramatically increase computing power by entangling particles — allowing the distinct “ones and zeros” of classical computer bits to be superimposed into a single state.

But while much of the discussion has centered on quantum computing’s potential ability to crack modern cryptography protocols, DARPA officials stressed in the RFI that interested industry partners should focus instead on how the technology’s computing power could be used to improve scientific applications. Specifically, the RFI requests existing or next-generation solutions that can address four core challenges:

Industry stakeholders have until Aug. 10 to respond. 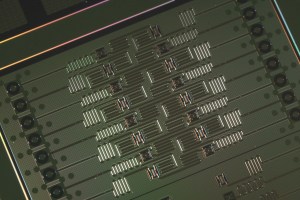