The Defense Digital Service worked with Army soldiers to develop a new biometric application prototype that service members can use on the battlefield to verify the identity of others nearby.

Called the Basic Optical Biometric Analysis (BOBA), the cloud-enabled application is designed to be used on “lightweight,” portable devices like mobile phones. DDS says the app is an “upgrade” of current biometric technology used on the battlefield today to tell friendly forces and enemies apart. In particular, it boosts speed, ease-of-use, portability and accessibility, the team says.

“Through numerous technical discoveries and user research, our team identified data silos and antiquated, unusable tools that were not field-tested to help our troops identify persons in the field rapidly and efficiently, leaving our soldiers at risk of attack,” DDS Director Brett Goldstein said in a release. “We know BOBA can literally save the lives of our troops.”

BOBA primarily uses facial recognition, fingerprints and irises for biometric recognition. Because the application is cloud-based and built on a modern technology stack, service members can enroll their biometric information rapidly, and other application users in the field can access that within seconds or minutes to verify a person’s identity, a DDS digital services expert told FedScoop. On top of that, the application was built to be flexible and easy to update, the expert said. (And, yes, in typical DDS fashion, BOBA is a call out to Boba Fett, the Star Wars character.)

It’s the kind of technology that many soldiers have experienced virtually in combat video games, where teammates and adversaries are clearly marked, depending on the game and the scenario.

“At DDS, we get involved in projects that have the potential to save lives by leap-frogging the current state of technology,” Goldstein said in an emailed statement. “By making it possible to quickly and accurately verify the identity of partner forces, we are preventing our Soldiers and partners from harm.”

Senior DDS engineers and product managers mentored four soldiers from the Army Cyber School at Fort Gordon, Ga., who did the majority of the application design and engineering. Rather than traditional coursework, the soldiers participated in the Advanced Education Program for Cyber Engineers — a partnership between the Army Cyber Center and DDS at Fort Gordon called the Tatooine outpost.

“This technology was also built by Soldiers, with engineering talent from the Army Cyber School. We are not only proud of the product, but the process as well,” said Goldstein.

DDS hopes these soldiers “will take the lessons learned from building an operational customer-focused application into their developer organizations,” it said in a release.

The technology will now transition into the Department of Defense‘s biometrics project management office, said Army Col. Senodja Sundiata-Walker, project manager for Department of Defense Biometrics. “BOBA was developed and tested with user-friendly features to improve the way we support biometric enrollment. Currently, we are in the early stages of leveraging BOBA’s technology, portability, and cloud-based architecture, and plan to extend its applicability in support of the National Defense Strategy spectrum.” 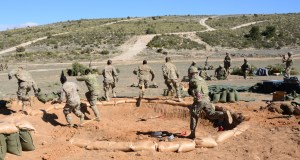