The Defense Digital Service (DDS) is taking over ownership of Rogue Squadron, a Defense Innovation Unit (DIU) team based in Mountain View, California, that develops hardware and software for small drones and counter-drone missions.

This addition to the DDS portfolio will deepen the group’s expertise in the small unmanned aircraft systems (sUAS) and counter-UAS technology. The “full integration” of Rogue Squadron’s military and contracting talent into DDS will also lead to the creation of “DDS West” — an outpost of the office at DIU’s headquarters in Mountain View.

Defense Digital Service director Brett Goldstein told FedScoop that the transition speaks to the digital services group’s desire to do more “applied” work. In the early days of DDS, he said, the group did a lot of what he categorized as “point in time projects.”

“As we push ahead” he said, “I want us to be touching a lot of critical areas.” Drones, a threat that the Department of Defense is taking “very, very seriously,” represent one such critical area, Goldstein said.

It also makes sense because Rogue Squadron was a bit of an odd fit within DIU.

DIU primarily facilitates contracts between DOD and startup companies with innovative technologies, but Rogue Squadron is more of a custom dev shop, Goldstein said. After working together on a project with the Navy, Goldstein said, DDS and Rogue Squadron realized “wow, we have this amazing synergy here.”

Under one roof, so to speak, Goldstein hopes the two organizations will work together to build the DOD’s capacity to rapidly respond to emerging drone threats.

“Rogue Squadron has solved some of the department’s most pressing counter-UAS challenges by bringing together commercial methodologies and technical expertise in different ways,” DIU Director Mike Brown said in a statement. “We are excited to see Rogue Squadron’s transition to DDS that will build and scale a powerful capability in DOD.” 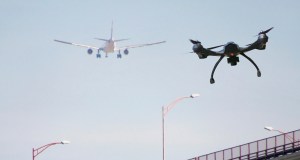