The Department of Defense’s Defense Innovation Unit (DIU) is looking for companies to help build the barracks of the future.

DIU wants tech that works with minimal operator input, can be deployed in about an hour and is able to operate in a range of different conditions. Beyond these few directives, the solicitation doesn’t offer much specification on what it is looking for. Interested companies have until May 7 to respond to the so-called Commercial Solutions Opening (CSO).

DIU’s CSO process encourages rapid, iterative contracting by using other transaction agreements (OTAs). The OTA authority, which has existed for decades but was expanded in the 2016 National Defense Authorization Act, allows DIU to grant relatively small contracts for the development of prototypes and then follow on with an additional contract for production if and when the pilot is successful. Recent examples of DIU solicitations include this one for a satellite data distribution system and this one for Army reconnaissance drones.

The innovation group also provides training for acquisition officials from other areas of the DOD on how to use OTAs through HACQer, a rapid acquisition training program. DIU recently announced the participants of its 2019 HACQer cohort. 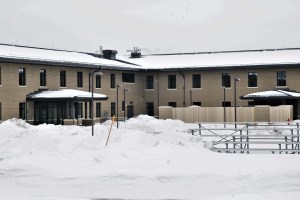