The Department of Defense remains on schedule to deploy its MHS GENESIS electronic health record platform by the end of 2023, senior DOD officials told reporters Tuesday.

“We’re continuing our deployments. We’ll be complete with our deployments of 2023. We are in the same system as VA. So, as they continue, they always had planned a longer deployment schedule, given the number of sites that they have. So, no, that doesn’t impact our ability going forward from a DOD perspective,” Defense Healthcare Management Systems Program Executive Officer Holly Joers told reporters during a press briefing Tuesday.

The DOD provided an update on the status of the program after the Department of Veterans Affairs confirmed it would delay the rollout of its Cerner Oracle-operated electronic health record (EHR) platform at four further locations amid continued concerns over outages and system reliability.

MHS GENESIS is built on the same Cerner Oracle Millennium platform, which is intended to allow the seamless sharing of patient data and medical records between agencies as current service members become veterans and obtain health care through the Veterans Health Administration.

Both departments are embarking on a broad pursuit backed by billions of dollars in investments to deploy a common and interoperable EHR system that enables them to conveniently share patient health data with each other, external health care providers and the patients they serve.

The DOD in 2015 awarded a $4.3 billion contract for the MHS GENESIS platform to a consortium of technology companies led by Leidos. Other companies on the contract included Cerner, Leidos, Henry Schein and Accenture.

Joers, as well as Defense Health Agency Director of Staff and MHS Electronic Health Record Functional Champion Maj. Gen. Ned Appenzeller, and Federal Electronic Health Record Modernization (FEHRM) Office director Bill Tinston, confirmed that as of now, the contract’s ceiling remains set for $5.5 billion and that DOD is 52% complete with its rollout of MHS GENESIS across the nation.

“DOD has reached a tipping point where more [providers] are operating on MHS Genesis than legacy systems,” Joers noted.

“And as we head into the final stretch, we are focused on optimizing the new functionalities and MHS GENESIS brings to the enterprise such as the new trauma and burn capabilities implemented in January at Brooks Army Medical Center, new revenue cycle expansion capabilities to better capture the cost of providing care and looking at how we can continue to improve the patient and provider experience,” Joers added.

Beyond telling reporters that the VA’s EHR delays will likely not have major impacts on the DOD’s deployment schedule, the officials also addressed concerns about the issues that resulted in the decision to extend its deadline. Specifically, they acknowledged how outages have plagued the overall implementation.

In response to reporters’ questions, the officials also touched on how they are confronting the potential for serious harm caused by patients’ inaccessibility to electronic records during outages and the rollout of DOD’s system. For instance, a recent draft federal watchdog report alleges that a computer system at one VA hospital has caused harm to at least 148 veterans to date.

“With any IT system, we do have to look at disruptions to service — we take them very seriously. But in terms of outages from a healthcare perspective, we have processes and procedures to ensure that healthcare operations can continue in the event that there is any downtime. We will continue to look at the system to make sure that we are doing appropriate monitoring. Anytime we do see any, we have metrics in place to look at service performance. We identify any outages immediately if they exist, what are we doing for root cause there’s an incident management process so all those things exist and we rely on them heavily and we have for the last several years that we’ve been in operation,” Joers said. 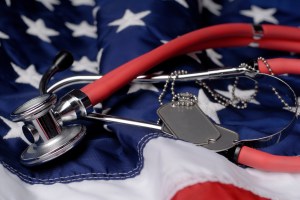