The chief innovation officer of the Federal Deposit Insurance Corp. has resigned from his post and dismissed government attitudes to technological change as “hesitant and hostile.”

Sultan Meghji quit Friday, about a year after joining the agency, and outlined his rationale for leaving in a blistering op-ed published by Bloomberg News.

“Serving in this role was an honor, but my decision to leave was right. The federal bureaucracy is both hesitant and hostile to technological change. America’s global financial leadership is in jeopardy,” the technology leader wrote in the missive.

Meghji notified the agency’s Board of Directors of his decision to resign Jan. 18.

According to Meghji, he received resistance from staff in response to basic modernization efforts such as ending the use of fax machines and physical mail. In the op-ed, Meghji also criticized the knowledge and open-mindedness of staff.

“I estimate that across the agencies I encountered, less than one-tenth of staff had a basic understanding of the technologies they regulate. Even senior officials — those who lead regulatory development and implementation — are baffled by concepts like fintech, the dark web and even financial apps,” he wrote.

Meghji outlined a series of remedial proposals, which include a push by the White House and Congress to prioritize applied digital knowledge over government tenure and to improve education and training for staff.

The former FDIC technology official also called for further collaboration on technology innovation with companies outside the Beltway and with international partners such as the U.K. and Singapore. 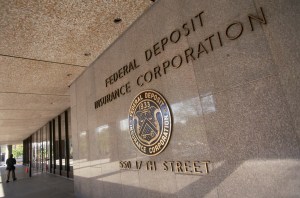