It’s infrastructure week at the White House. President Donald Trump pledged during his campaign to improve the nation’s infrastructure, and this week, he said, he will begin to roll out policies to achieve that — beginning with Monday’s announcement that he wants to privatize the nation’s air traffic control.

Fittingly, Gov Actually is back with a new episode that dives right into the heart of the national infrastructure discussion, as hosts Dan Tangherlini and Danny Werfel interview former Transportation Department CFO Chris Bertram, a full-on infrastructure wonk.

Bertram, now a partner at public policy consultancy B + S Strategies in Washington, D.C., explains over the course of the episode the ins and outs of developing an national infrastructure plan and the challenges inherent in that mission.

“The most important thing to remember is the federal government itself actually owns very little in terms of infrastructure,” Bertram explains. “So your ability to actually carry out improvements in infrastructure…is going to require partnerships with states, local governments, cities, port authorities, special authorities that are set up for infrastructure.”

The federal government’s main role in infrastructure, he says, is usually through financing — grants or loans to those other organizations. 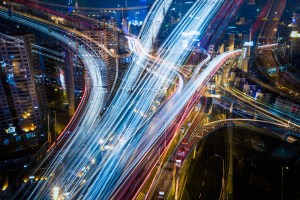