Many projections place China ahead of the U.S. in the development of 5G wireless networks. But according to Chris Krebs, director of the Cybersecurity and Infrastructure Security Agency, the U.S. actually has the advantage in this global race because of existing cloud-based infrastructure.

“Really, when you think about the advantage of 5G, it’s all about moving data. It’s all about massive communication, which really translates to cloud,” Krebs said Tuesday during a panel at ACT-IAC’s annual ELC conference. “And who does cloud better than the United States of America?”

The development of 5G will be critical for federal agencies — particularly the Department of Defense and the military — as they look to move more IT and computing resources to remote, edge environments. The Pentagon has been experimenting with testbeds on military bases to support different 5G use cases. Elsewhere, federal agencies are beginning to build the technology into next-generation IT contracting vehicles.

Krebs continued: “We really own the cloud space. So we should be able to have that next generation of technology that is going to be just built on top of cloud to get us the diversity in an open, competitive global market of trustworthy, dependable componentry.”

Amid the battle with China for 5G dominance, the U.S. government has banned use of any 5G technology developed by Huawei. And now many other Western nations are following suit, worried that the Chinese government can use Huawei devices to spy on their sensitive networks.

Because the U.S. got an early start putting its foot down against Huawei and other technology firms thought to be linked to the Chinese government, the federal government hasn’t had to suddenly “rip and replace” its networks like many European countries, Krebs said.

Krebs also touted America’s cloud leadership as the reason why the U.S., in both the public and private sectors, has been so resilient during the COVID-19 pandemic. He said cloud providers have long been “preparing us for this moment, whether you knew it or not, because of fiber,” referring to the infrastructure they’ve been developing over the past decade and before.

“When you look at some of our European counterparts, they still have a whole bunch of copper throughout their networks. They were not able to expand as well,” Krebs said. “And most importantly, the agencies and the organizations you saw that were truly cloud-ready, those were the ones that made the more seamless transition into the work-from-home model.” 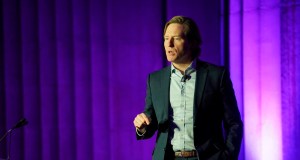 CISA’s Krebs: The US will win 5G race because ‘we own the cloud space’