In the twentieth episode of Gov Actually, your hosts Dan Tangherlini and Danny Werfel break down how agencies like the IRS are bracing for the Trump administration’s controversial tax reform proposal — the Tax Cuts and Jobs Act.

Tangherlini and Werfel discuss the bill not with a political lens but rather from a perspective of whether it is “administerable.”

“Do I have the tools and the ability to administer it with integrity?” Werfel explains, recalling his time dealing with such reform plans as a former acting IRS commissioner. “Still to this day when I’m kind of understanding and digesting the tax bill, which is a lot to take in, I’ve been thinking about it through the lens of what’s administerable… If we’re going to do tax reform, my big thing would be can we simplify the tax code in a really meaningful way?”

Werfel explains that does a few things, including helping the IRS administer more efficiently and positioning it for greater success by “closing the tax gap,” which can be around $400 billion at any given time.

Listen in as Dan and Danny dissect tax policy and what’s going on behind the scenes as the federal government faces potential new tax reform law. 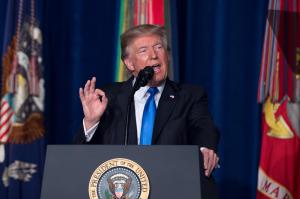 Gov Actually Episode 20: The other side of Trump’s tax reform