The President’s Management Agenda is out. And within the document are some pretty surprising (or maybe not) charts about the public’s perception of and trust in the government.

On this week’s podcast, Gov Actually hosts Dan Tangherlini and Danny Werfel dive into this notion of trust in the government and what it means in measuring government performance.

Tangherlini suggests that mistrust in the government is, well, just America being America. It’s “inherently baked into the political DNA of the United States of America. There’s an inherent mistrust of government.”

Werfel questions, “Is that an important ingredient that makes this whole system work — democracy, our government — that there is this skepticism?” 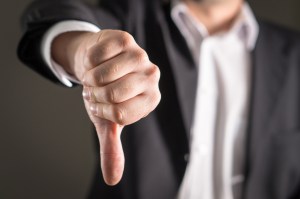