The General Services Administration is “working closely” with agencies and industry to issue the first two Polaris requests for proposals “soon,” having missed the anticipated February release window, according to a spokesperson.

No reason was given for the delay, but interested vendors should monitor SAM.gov and the Small Business Governmentwide Acquisition Contract (GWAC) Community of Interest on GSA Interact for timeline updates, the spokesperson told FedScoop.

“Polaris will also drive progress on important public policy objectives, including Executive Order 13985 On Advancing Racial Equity and Support for Underserved Communities Through the Federal Government,” the spokesperson said. “An initial priority will be the creation of pools to accommodate set-asides for small businesses and women-owned small businesses.”

GSA posted pre-solicitation notices to SAM.gov announcing plans to issue those pool requests for proposals (RFPs) sometime in February. While that didn’t happen, proposals will be due about 30 days after the RFPs are released.

Both pools will be multiple-award, indefinite-delivery, indefinite-quantity contracts with five-year base periods and five-year options on which agencies can place task orders. Draft Polaris RFPs included seven categories of services for which task orders could be issued: cloud services, cybersecurity, data management, information and communication technologies, IT operations and maintenance, software development, and system design. 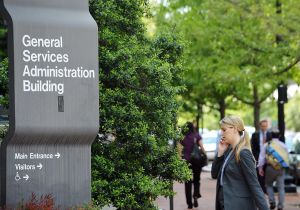