The government will offer the public a chance to invest in Bitcoin with the General Services Administration’s first-ever cryptocurrency auction later this month.

Agencies haven’t implemented many regulations regarding cryptocurrency, which is considered taxable property and not legal tender, but GSA‘s willingness to auction Bitcoin could boost its acceptance.

“This auction marks the first time cryptocurrency will be made available for public sale through GSA Auctions,” a GSA spokesperson told FedScoop. “And it is the only piece of cryptocurrency to have fallen under the purview of the U.S. General Services Administration.”

GSA wouldn’t disclose the source of the Bitcoin share citing privacy concerns, but the agency frequently auctions surplus government equipment, seized property and gifts from foreign governments. The platform GSA Auctions functions as the government’s online clearinghouse for everything from office furniture to military vehicles.

The starting price for the Bitcoin auction is $25,000, and people interested in bidding must register on GSA Auctions. The winning bidder must make a wire transfer no later than March 19 and have a digital wallet to receive the Bitcoin share.

“Whether it’s a car, or a piece of jewelry, or now even cryptocurrency, you never know what kind of treasures you’ll find on GSA Auctions,” said Kevin Kerns, acting regional administrator of GSA’s Southeast Sunbelt Region, in a statement. “A special thanks to GSA’s Southeast-Great Lakes Personal Property Management team for making our very first cryptocurrency auction a reality.” 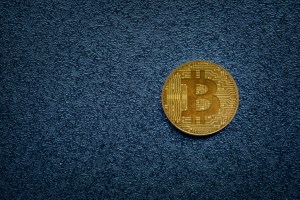