The National Archives and Records Administration has widened its digital records retention guidance for federal government agencies to include other forms of electronic messaging such as text messages.

In a bulletin issued Jan. 5, the federal agency set out new rules requiring the preservation of all communication about government business on electronic messaging systems.

Electronic messaging systems are defined as systems that “allow users to send communications in real-time or for later viewing,” and explicitly include texts, chats and instant messages.

“This bulletin recognizes that the use of additional types of electronic messaging often now replaces conversations previously occurring over email,” NARA said in the fresh guidance.

Under current NARA guidance, which was issued in 2013, federal agencies are required to use a role-based approach to records presentation — known as Capstone — which only applies to email records.

The Capstone approach rules that the final disposition of records is determined by the seniority of the role or position of the records creator or receiver.

“A role-based approach for managing email records, also known as Capstone, has been widely adopted by a large percentage of federal agencies,” the guidance says. “Therefore, NARA is expanding the role-based approach to include other types of electronic messages beyond email.”

According to NARA’s new guidance, electronic messages created or received in the course of agency business on personal devices are likely to be defined as federal records. Those messages must be forwarded or copied to an official account within 20 days, under the new guidance.

NARA said also that when considering how to implement the new rules, agencies must consider whether they have an approach for capturing complete electronic messages including emojis, GIFs, images and video.

In early July, the Inspector General of the Department of Homeland Security sent a letter to Congress to inform lawmakers that text messages sent by agents relating to the Jan. 6 Capitol riot had been deleted. 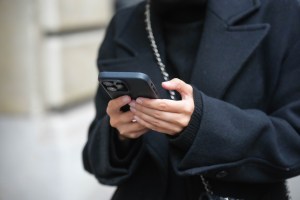