Agencies that fall behind moving their networked information systems to Internet Protocol Version 6 will be more closely monitored by the likes of the Office of Management and Budget, according to the chair of the Federal IPv6 Task Force.

IPv6 is the most recent version of Internet Protocol. It is designed to supply IP addressing and additional security that can supported the predicted growth of connected devices through the internet-of-things.

“You may not make the 80%,” Sears said. “But over the next ‘X’ years this will be refreshed because that’s part of our modernization; that could substantiate not making the numbers.”

Most modern operating systems support a dual IPv4, IPv6 stack until agencies can transition to a v6-only interface, he added.

“Just turn it on,” Sears said. “See what happens.”

Desktops and laptops are the place to start, he said.

Other than the National Oceanic and Atmospheric Administration’s N-Wave network service provider, which Sears directs, he said the Department of Energy’s Energy Science Network, Department of Defense’s Defense Research Engineering Network, Treasury Department, and Department of Veterans Affairs are transitioning well. VA hospitals, in particular, have a lot of Internet of Things-driven infrastructure, but the department is meeting the challenge.

“Eighty percent of your network IPv6 only in the next three years essentially?” said Tom Coffeen, chief strategy officer at HexaBuild. “That’s quite a challenge for most agencies.” 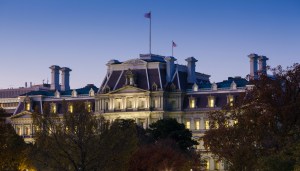