The Department of Veterans Affairs’ chief information officer said his department can do a “better job” of ensuring it adheres to clear checklists ahead of future IT system rollouts as part of the Electronic Health Records modernization program.

In an interview with the Wall Street Journal’s CIO Journal, Kurt DelBene described the process of improving IT management, especially within the federal government, as an incremental process.

“This isn’t about changing the ship and ship’s direction, it’s about getting these disciplines in place and then turning the crank over and over again,” he said. DelBene added: “I think we can do a better job in our future rollouts in terms of preparedness in terms of having very clear checklists of what constitutes ready to roll.”

The comments come as the former Microsoft executive pushes ahead with plans to reshape the Department of Veteran Affairs’ electronic health records modernization program, which has continued to attract criticism from lawmakers and frontline health workers.

In February 2021, the Government Accountability Office recommended that the VA stop rolling out its new EHR at medical centers to conduct “critical” tests on the new system. The department has since announced a timeline that will see the new Cerner system deployed to a range of medical centers and Army bases during 2022.

Speaking at a press briefing last month, DelBene said government agencies must have enough knowledge of the technology projects they undertake to be able to work closely with IT contractors and to challenge them where necessary.

DelBene at the time described working with private sector IT contractors as a “two-way street” and said agencies will achieve better outcomes with highly specific demands from the staff working alongside federal employees.

DelBene was sworn in as VA CIO in December last year, shortly after the department created two new senior technical management positions to oversee the EHR program: a new deputy CIO for EHR and a program executive director for EHR integration

During a prior stint in government, DelBene was tapped by then-President Obama to turn around the troubled Healthcare.gov website. He has a history of leading large, complex technology teams, and at Microsoft, he was president of the division that helped transition the company’s software package to a cloud-based format. 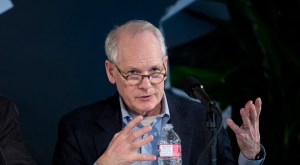