CIO Max Everett has plans to leave the Department of Energy to take on a role with the Republican National Convention, FedScoop has learned.

Everett, who will leave the department July 19, is going to spend the next year as the vice president of the convention, which will be in Charlotte, North Carolina, in August 2020.

The information security of national political conventions has become a bigger focus for the committees that host them, particularly after suspected Russian hackers breached the Democratic National Committee’s systems in 2016.

Everett detailed the concerns the GOP committee had after that breach, telling CyberScoop, “We’re preparing and fully expect a wide array of attacks and different threat actors.” It’s likely 2020 will be no different.

Bryan Long, the acting principal deputy CIO, is the next in line to take over as acting CIO with Everett’s departure, according to the organization’s leadership chart.

Energy public affairs could not be reached for comment. 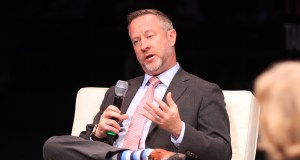