The National Archives and Records Administration announced Wednesday that it has digitized just over 200 million pages of government records, out of a total of 500 million pages the agency plans to store in the cloud by 2026.

The agency said technical upgrades that improved how it uploads images were critical for meeting the milestone of adding 205 million pages to its online catalog by the end of August.

“In the context of the past couple of years, digital access means so much to archives and to our customers,” said NARA Digital Engagement Director Jill Reilly. “It has been really meaningful for us to accelerate our ability to get the content the National Archives and the partners have been generating and open that up to everybody via the Catalog.”

In its final 2022-2026 strategy, NARA said it intends to process and digitize 85% of archival holdings by the end of the period. Additionally, it will work to enhance catalog descriptions that promote equity in discovery and archival access for underrepresented communities like Native Americans.

NARA also intends to deliver 95% of customer requests — including Freedom of Information Act (FOIA) requests — on time by 2026. It formulated a new strategy last year amid sustained criticism over its handling of a recent veterans’ records backlog at its National Personnel Records Center division.

NARA’s IT operation is currently being run by Sheena Burrell who was appointed to the post of permanent chief information officer in August.

Burrell was previously deputy chief information officer at the National Archives and Records Administration (NARA), in which role she led IT programs and projects across four divisions, and helped to create the agency’s strategic plan. She first joined the agency in February 2019. 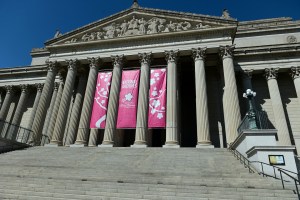