The White House’s plan for an innovation incubator that will tackle the federal government’s most pressing problems will likely be a reality as early as next year, officials said Wednesday.

On a conference call discussing recent planning for the Government Effectiveness Advanced Research (GEAR) Center, Office of Management and Budget Deputy Director and acting Office of Personnel Management Director Margaret Weichert said that she anticipates that federal money will be in place shortly to make the center operational.

“We want to do this quickly. We want to seed a center and start the work in 2019,” she said. “I believe that we can actually stand something up and actually deliver benefits in 2019 to showcase that there’s a way forward, in part because there are things like this that already exist.”

OMB unveiled its plan to establish the GEAR Center in June as part of its government reorganization plan, envisioning that it will incorporate thought leaders from industry, academia and the government to develop innovative solutions for the most pressing problems facing federal agencies.

The center won’t be a federal entity — rather, it will be established from federal seed money with a funding structure to be determined by agency, industry and academic stakeholders through a series of requests for information.

Though OMB is still taking input from the public on how the GEAR Center should be structured, officials provided some insights Wednesday into the feedback they have received, including potential funding and structural models, which they showcased on Performance.gov.

While many of those responses call for the center to serve as a project fee-based entity that could operate as a networked series of expertise hubs to address a litany of issues, Weichert said OMB will incorporate that input as well as lessons learned from state governments who have pursued similar innovation models.

“What we don’t want to do is recreate the wheel,” she said. “I’m not looking to create another replica of the vehicles that we already have that work well. We also need to make sure that we don’t forget to learn [from] state and local governments. I have a hypothesis that because states and local governments compete for talent, they compete for businesses, they compete for innovation, they are actually at the forefront of innovation and figuring out how to bring public, private and academic parties together. So I don’t want to leave that out.”

She added that OMB is also exploring the incentive structures needed to bring industry and academic stakeholders to the table and ensure they have “skin in the game,” calling a venture capital-inspired leverage model “very interesting.”

“It puts a little bit of at-risk capital in the hands of people who will benefit from taking those risks,” she said. “Government isn’t an inherently risk-taking proposition, but we have assets that we could put behind the people who are the innovators out in the marketplace.”

OMB is also collaborating with the National Science Foundation and the Department of Defense’s MD5 National Security Technology Accelerator to get more of a startup insight into how best to craft the GEAR Center.

Among those insights is an ongoing challenge project at the NSF called Career Compass that aims to crowdsource a digital tool for continuous reskilling of the federal workforce.

Because workforce management is one of the GEAR Center’s charter goals, officials said the Career Compass challenge embodies the type of projects OMB hopes to develop with the center and that it will help inform potential operating models.

Federal officials said Wednesday they expect to provide “a few million dollars” to stand up the center sometime in the coming year but didn’t provide a specific timeline. 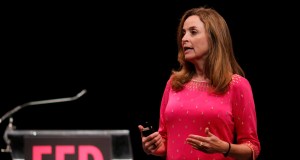