One week last February, for example, the Senate received 1.5 million calls in a single day.

That mind-boggling number only gets more so when put in perspective: Kraft crunched the numbers and discovered that, in order to field this many calls, literally every person who works in the Senate (including members as well as security and cafeteria workers) would need to handle over 300 calls each. Needless to say, that is not what’s happening.

So what happens to a constituent call when no one answers? It goes to voicemail (well, unless the voice mailbox is full, which is also a problem, Kraft said). Then a staff assistant or an intern must then listen to the voicemail, verify that the person calling is in fact a constituent, categorize the call based on the request and assign it to another staffer for further followup if necessary.

It’s a tedious job to do with 10 or 20 voicemails. Imagine having to work through hundreds or thousands.

Kraft has long been familiar with this issue — he worked as a House press secretary for several years. But it wasn’t until after the 2016 election that his nonprofit, the OpenGov Foundation, validated the problem. In a massive user-centered investigation, led by former U.S. Digital Service designer Mollie Ruskin, the Foundation found that Congress really does have a voicemail problem. And the organization decided to do something about it.

Meet Article One — a “tool to radically improve phone based engagement between citizens and their elected officials in Congress,” as Kraft puts it.

Built on Twilio, Article One captures a voicemail’s metadata, transcribes the message using Google and inserts the call directly into the office’s constituent management system, where it is then ready for a response. It saves so much time, Kraft said, it’s sort of like giving an office an extra staff assistant — but one that can be up and running within a matter of hours.

It’s also cheaper than hiring a person. Kraft says the price point will be between $300 and $500 per month, per office. Its an inexpensive way to build capacity, the nonprofit says, and the benefit to constituents is that, well, it increases their chances of being listened to.

For the time being, the OpenGov Foundation does not plan to sell directly to congressional offices, but rather integrate with existing constituent management systems. Kraft said four such systems account for the majority of the Congressional offices — Article One is integrated with two of these — Fireside21 and Intranet Quorum — and is working toward integration with the other two — iConstituent and intertrac.

In the meantime, the Foundation is running pilots with offices to improve the technology and to give it exposure. The pilot phase even includes offices that don’t use Fireside 21 or Intranet Quorum. For them, Article One is capturing call data and sending it to the office in a CSV file.

So far, feedback has been positive.

“Article One saved my interns time when checking voicemails and it was easy for me to quickly review them,” one “front line staff” member (staff assistant and the like) told OpenGov as feedback on the pilot. “I think The OpenGov Foundation and Fireside21 did a great job making sure we were keeping track of how much time we were saving by using it, answering any questions we may have, in addition to asking for our feedback regularly.”

“This was an incredible experience,” another pilot user gushed.

“The approach is almost as important as the thing,” Kraft told FedScoop. “On it’s own it’s not going to heal our democracy.” But it does free up important staff time, he argued, time these public servants can use to respond to constituents, work on legislation and more. 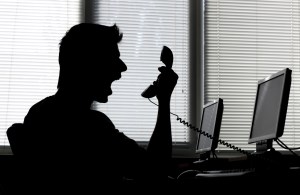