The data center within the Office of Personnel Management suffered an outage July 10 that shut down multiple operations.

An OPM spokesperson attributed the outage to a “physical incident” and not “malicious activity.”

The outage triggered automated disaster recovery systems that are supposed to protect certain applications by stopping them and transferring them to a backup location. “Unfortunately, some of the backup systems failed to operate as designed,” the spokesperson said.

Like most agencies, OPM’s most critical services operate from the cloud, but it still maintains some applications in on-premises hardware.

The spokesperson would not say how long the outage lasted and which capabilities were affected. Nor would OPM say why the backup systems failed, who was responsible for them and if it was being investigated.

House Democrats pressed OPM on Tuesday for documentation on how the Trump administration’s plan to merge the agency with the General Services Administration would fix its technology problems.

“You repeatedly said that OPM’s legacy information technology (IT) systems were outdated and in need of dire repair, but you provided no explanation as to why the move to GSA would improve the technology or its operations,” reads a letter from Reps. Gerry Connolly, D-Va., and Elijah Cummings, D-Md., to acting OPM director Margaret Weichert. 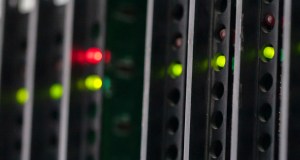