The deal concludes after the technology company’s tender offer to purchase all issued and outstanding Cerner shares for $95 per share expired after midnight, eastern time, on June 6.

It brings to an end scrutiny of the transaction from antitrust authorities including the FTC and the European Commission.

Oracle is hoping that the acquisition will allow it to use Cerner’s trove of health information to bring cloud-based data analytics and AI technologies to bear on the sector. It may also shift some business away from AWS, which Cerner named as a preferred cloud partner in 2019.

However, Oracle will have to respond to continued scrutiny from lawmakers, who have repeatedly raised concerns over Cerner’s role at the center of the VA’s troubled electronic health records (EHR) modernization program.

Late last month, Senate lawmakers unanimously passed legislation that would require the Department of Veterans Affairs to report the costs of its EHR modernization program more regularly and in greater detail.

The proposed bill has already passed the House of Representatives and will now be sent to President Biden to be signed into law.

VA has recently continued with the rollout of its EHR modernization program, which relies on Cerner’s Millennium platform, despite opposition from lawmakers.

Earlier this month, the department forged ahead with a go-live of the platform at the Central Ohio Healthcare System in Columbus, Ohio, following implementation of the system at sites in Spokane and Walla Walla, Washington.

In March, the department’s Office of Inspector General published a trio of reports that identified major concerns about care coordination, ticketing and medication management associated with the EHR program launch.

Oracle Chairman and Chief Technology Officer Larry Ellison will discuss acquisition at an online event on June 9. Details of the event can be found here. 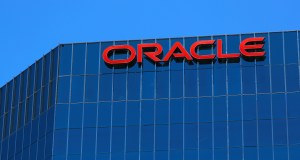 Oracle completes $28.3B acquisition of Cerner