Data analytics and AI company Palantir has recorded a 26% year-on-year rise in government revenue for the third quarter of 2022.

Revenue at the technology giant’s business segment swelled to $274 million up from $218 million during the prior year’s period.

In a letter to shareholders accompanying the results disclosure, Palantir CEO and Co-Founder Alex Karp attributed the rise in government revenue principally to the expansion of the company’s work with the Department of Defense.

“The significant increase in contract value this quarter was principally driven by the expansion of our work with the United States military to support the deployment of artificial intelligence and machine learning capabilities to soldiers on the front lines,” Karp said.

Despite the uptick in revenue, total year-on-year growth of Palantir’s book of government business fell by eight percentage points from 34% to 26% during Q3, and the company’s overall adjusted operating income also declined by 30% to $81.3 million for the quarter.

In his missive to shareholders, Karp noted also that of $1.3 billion of government contracts Palantir signed during the third quarter, $987 million were with the U.S. government.

“We furthermore do not view the increase in contract value this quarter as an aberration but rather as a sign of a more fundamental shift in our business, from insurgent outsider to incumbent, particularly in the U.S. market,” Karp said.

Palantir has reaffirmed its full-year revenue guidance of $1.9 billion and raised its outlook for full-year adjusted operating income to between $384 and $386 million in response to the results.

Earlier in September, the company announced that it had renewed a case management software contract with the Department of Homeland Security, which is worth $95.5 million over a five-year period.

Under terms of that solicitation, Palantir will provide services to the department’s Homeland Security Investigations (HSI) division.

In an interview with FedScoop in August, Chief Operating Officer Shyam Sankar said partnerships with major hardware manufacturers would be key to the future growth of Palantir’s book of government business. 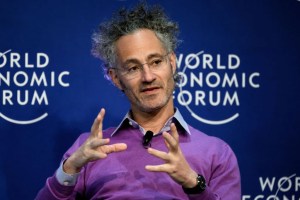