A senior Republican has questioned the size of the penalty imposed by the Department of Veterans Affairs on Oracle-Cerner amid major failures with the agency’s electronic health records modernization program.

At a House hearing Tuesday, Rep. Rosendale, R-Mont., cited a figure of $156,750 that according to the lawmaker the VA has withheld from the technology giant, and contrasted this with number of outages that have occurred since the rollout of the EHR system.

“Why has the VA only withheld $156,750 for Cerner’s failure to meet the service level agreement for the system up time? Do you think it’s a fair penalty for over 44 days of outages, degradations and losses of functionality?” said Rosendale.

The lawmaker was referring to the almost 500 major incidents with the VA’s Oracle-Cerner electronic health records system and at least 45 days of downtime that have occurred within the system since it was rolled out in the fall of 2020. Details of the downtime were included in an internal VA dataset exclusively obtained by FedScoop through a Freedom of Information Act.

Giving evidence at the hearing, Michael Parrish, the VA’s chief acquisition officer, replied to Rosendale saying that Oracle-Cerner’s failures would not be tolerated in the private sector. Parrish also said that the agency requires further financial support from Congress to modernize all of its aging technology systems.

“69% of VA medical centers are more than 50 years old and require full modernization. VA’s infrastructure footprint is not flexible enough, and changes in Veteran’s needs, demographics and locations are outpacing our ability to transform and manage it,” said Parrish.

He added: “With additional funding, VA would be better poised to modernize the full portfolio of assets to best serve our Veterans.”

The rollout of the electronic health records modernization continues to attract scrutiny from lawmakers following recent new research from the Institute for Defense Analyses, a nonprofit, that puts the life cycle cost of the EHR system at $50.8 billion over 28 years. The VA’s original rollout implementation tag was about $10 billion over 10 years.

The EHR system rollout issues has been plagued by outages — including at the VA’s medical center in Spokane, Washington — that have caused major harm to veterans. The implementation of VA’s new EHR system is expected to be delayed from its original estimates by at least one to two years.

Rosendale, who is the House VA Subcommittee on Technology Modernization Ranking Member, asked the VA for the total amount that the agency has withheld from Oracle-Cerner for failures on their end and is expected to get an answer in writing from the agency.

Speaking also at the hearing, House VA Committee Chairman Rep. Mark Takano, D-CA., highlighted that the recently passed veterans healthcare expansion bill – the PACT Act – would benefit veterans and the VA by allowing it to hire more employees and invest in modernising its technology given a record new 3.5 million veterans who’ve become eligible for the VA recently. 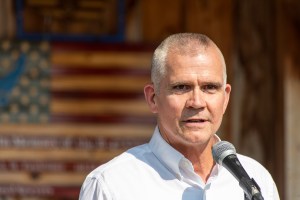