The federal government’s one-stop-shop for contracting activities SAM.gov dropped the “beta” from its name Monday.

The General Services Administration, which hosts the website, finalized the integration of the original System for Award Management (SAM) system — which featured entity registration, entity reporting and disaster response registry — with functions from beta.sam.gov, like contracting opportunities, on Monday to create a single system spanning all elements of federal contracting.

GSA made about 50 improvements to SAM.gov from its beta version based on 35,000 pieces of user feedback, with a focus on data security, during the transition.

“We heard from our users that data security was critical to them and were asked to ensure our products include the latest security controls,” Katherine Rollins, project analyst at GSA, told FedScoop. “With over 734,000 active registrations as of April 2021, we understand the balance of data transparency and data protection.”

SAM.gov now allows users to check entity registration status and search reports and exclusions directly from the homepage, so long as they sign in. More than 54,000 registrations were started or updated in the last month, and a new “Getting Started” page walks users through the four main steps while explaining requirements and timelines.

GSA is in the process of assigning every organization that does business with the government a Unique Entity Identifier (UEI), and SAM.gov displays UEIs along with their current Data Universal Numbering System (DUNS) number — slated for retirement in April 2022. UEIs are now visible on contract opportunities if the corresponding entity won an award.

“By assigning the UEI in the entity record, we’re enabling those doing business with the government to begin the conversion now,” Rollins said. “Making it visible almost a year before it becomes authoritative gives you time and flexibility to prepare.”

SAM.gov’s search function remains a work in progress since being one of the first features added to the website in 2017. Users can now manage saved searches across domains in one place, and existing filters have been streamlined and new ones added.

Users still want more advanced keyword options based on focus groups that have provided feedback on more than 50 iterations of the search function.

“The search is working for a lot of our current users, so we don’t want to make a change that breaks it for them,” Rollins said. “But we do want to allow for those advanced keyword operators in the search, and that is a huge ask from our user base.”

According to Rollins, easing users into the transition has been a priority for the agency.

GSA migrated all user roles and permissions and entity-related data ahead of the switch while ensuring existing beta.SAM.gov logins still worked.

“This integration couldn’t interrupt the work or the business of the federal government or the work that the entities needed to do,” Rollins said. “In order to help with this — because we have over 1.5 million registered users as of April 2021 — it was essential to create a seamless transition for our users.”

“The new SAM.gov is the foundation for more improvements to come,” Rollins added. “As more systems merge, you’ll begin to see even more connections within the data.” 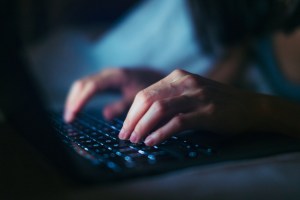