The Social Security Administration can avoid confusion and bottlenecks on IT modernization projects by identifying roles for contracting officials in the agile software development process, according to the Government Accountability Office.

SSA adopted an agile approach to software development — characterized by incremental or iterative improvements to software — in 2017 to help meet its modernization goals, but those projects continue to see delays due to the murky roles of contracting officials, GAO says in a new report.

While SSA issued guidance on agile team members like project owners, developers and testers, it failed to do so for contracting officers (COs) and contracting officer’s representatives (CORs) within the context of agile projects.

“SSA officials told us they did not think they needed to specify the roles given that the contractors were only responsible for providing services,” reads GAO’s report released Monday. “However, according to leading practices for agile adoption, key roles in agile IT development include the program office, product owner, contracting personnel, and development team.”

SSA has ramped up agile development in recent years, abandoning traditional design-bid-build contracts. GAO reviewed 27 contracts and task orders awarded by SSA across fiscal 2014-18 and found that the administration’s use of best value contracts increased by nearly 20% as it moved to modernize 30-year-old IT systems.

On agile projects product owners and CORs, in particular, can step on each other’s toes because the former approves work delivered by the development team. Typically a COR does that job on a traditional software development contract.

Instead, the product owner should align the program’s business requirements and the COR its technical requirements, with other contracting personnel and developers working closely together, according to GAO.

This is “especially important” with programs like the Disability Case Processing System 2 (DCPS2), one of SSA “most extensive” modernization efforts, reads the report. DCPS2’s modernization will speed up the disability determination process while lowering infrastructure costs by phasing out states’ legacy systems.

Work on DCPS2 began in October 2015, but delays persisted through December with 68% of labor costs spent on contractor support. SSA’s inspector general found in December there was no timeline for phasing out existing disability case processing systems.

SSA’s acquisition handbook doesn’t identify the role of COs and CORs executing any such agile projects.

GAO’s draft Agile Assessment Guide stresses the importance of clarifying those roles within the context of agile, as it’s a relatively new approach for government.

“We appreciate your acknowledgement that our approach to awarding and overseeing contracts aligns with federal requirements,” wrote Stephanie Hall, chief of staff in the Office of the Commissioner, in SSA’s response. “We agree with the recommendation.” 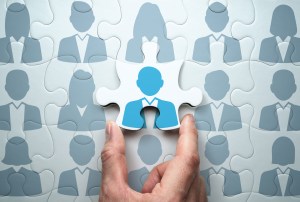