The State Department is developing a suite of multiple-award contracts to modernize its end-to-end IT service delivery that could be worth up to $8 billion.

State’s Bureau of Information Resource Management (IRM) issued a draft request for proposals Thursday for its forthcoming EVOLVE contract ahead of an industry day next week.

The new contract will comprise the IT services met under State’s expiring Vanguard 2.2.1 contract as well as other future needs not met under that previous contract. SAIC won the Vanguard 2.2.1 in 2010 for $2.5 billion.

But State intends for eventual contractors to provide much more than that.

“With the pace of change it is impossible to anticipate how IT requirements and individual programs will evolve over the life of the contracts,” the department says in the draft solicitation. “It is intended that the EVOLVE contract remains current and continues to provide the full range of IT capabilities/solutions and emerging technologies throughout its life.”

EVOLVE is also meant to match State’s new “project based mentality instead of a technology based one” for its IT acquisition, it said in an earlier contracting announcement. State’s IRM reorganized in recent years, developing an IT acquisitions organization to improve its use of data when making enterprisewide purchases of goods and services.

The contract will have a base of five years, with the potential to extend task order up to five years after that for a total of 10 years. And while the State Department has said earlier this new IT acquisition would likely have a ceiling of $4 billion, the latest contracting documents show the department plans to double that.

State will give more information on the forthcoming EVOLVE contract Oct. 25 during its virtual industry day. 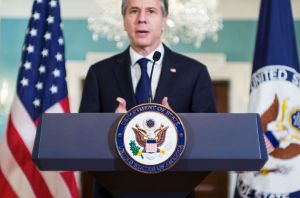