Long-championed talent exchange programs are catching on as a way to sharpen a thin cyber workforce and connect agencies across the intelligence community.

Multiple bills and executive orders have recently codified an idea that has been piloted since the mid-2000s in the IC to improve cross-agency collaboration. The latest iterations of the idea have sprung up in the latest Intelligence Authorization Act, as well as another bill currently moving through the House and a recent executive order that broadly push for rotating cybersecurity experts governmentwide

The idea is to let intelligence community officials dabble across agencies and sectors and sharpen their skills through new experiences.

Simmons sees it as a “different flavor of a similar approach.” For instance, the Department of Defense has its own public-private rotational program that places high-performing workers in similar private positions to expand their network and sharpen their skills.

President Trump’s May executive order, largely framed on the ideas set out in the Federal Rotational Cyber Workforce Program Act, is aimed at upping cybersecurity education and rotating workers through the government. The U.S. faces a cybersecurity worker gap of 320,000 open positions, according to CompTIA.

“I am pleased that President Trump recognizes the need to address our federal government’s shortage of qualified cybersecurity professionals and safeguard our nation against serious cyber threats,” the bill’s author, Sen. Gary Peters, D-Mich., said in a statement following the president’s EO. “I have been proud to lead the bipartisan effort in Congress to create incentives to attract highly skilled cyber professionals to public service, and I am grateful for the President’s support of this vital effort to strengthen our nation’s cybersecurity.”

While the idea has received bipartisan support on the Hill and cheers from policy experts like Simmons, implementation of early rotational pilots has not always been smooth.

One such pilot, the Joint Duty Program, was born out of a 2004 intelligence reform act that required officials to serve in more than one agency before being promoted to the executive level.  In a policy directive on the program, then-Director of National Intelligence James Clapper cited a need to “minimize embedded cultural perspectives” in agencies.

But a report from the Government Accountability Office criticized the program’s lack of strategic framework in its implementation, high turnover in the position overseeing the program and only about half of the senior-level officials supporting the program. Still, it remains in place with its foundation expending.

“A big hurdle for any rotational program is cultural,” Simmons said. There needs to be agency buy-in for these programs to find success as they are about more than just helping single employees find new experience but spreading experiences and culture across agencies. They are not just about shifting around a top performer, she said.

“[The programs] need to be viewed as a means of developing talent and helping people become better professionals and better at their job,” Simmons said. 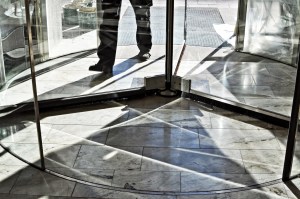