President Biden is preparing to sign into a law a bill that would create a civilian personnel rotation program for cybersecurity professionals working at federal agencies.

Once enacted, the Federal Rotational Cyber Workforce Program Act will establish a formal mechanism to allow staff to spend time working at different government agencies to gain experience beyond their primary assignments.

It is one of a raft of measures that government departments are hoping will lure top technology talent from the private sector, where compensation can be as much as ten times higher for analogous positions at federal agencies. Other measures being considered include greater use of direct-hire authority and increasing salaries.

The bill has passed the House and Senate, and was in large part authored by Chairman of the Senate Homeland Security and Governmental Affairs Committee, Gary Peters, D-Mich. It is sponsored by Rep. Khanna, D-Calif., and co-sponsored by Reps. Nancy Mace, R-S.C., and Van Taylor, R-Texas.

Commenting on the legislation, Sen. Peters said: “As we have seen, cyberattacks pose a significant threat to our national and economic security and will only continue to grow more sophisticated.” He added: “That is why we need a highly skilled federal cybersecurity workforce that will enhance our nation’s ability to fight back against online threats from foreign adversaries and criminal hackers for years to come.”

Technology leaders at federal agencies are considering a range of measures to persuade potential employees of the benefits of a public sector technology career.

In March, the State Department became the latest agency to launch its own assessment-based job application process for data scientists, emulating the qualification that was last year rolled out on behalf of 10 agencies by the U.S. Digital Service, Office of Personnel Management and the Federal Chief Data Officers Council. 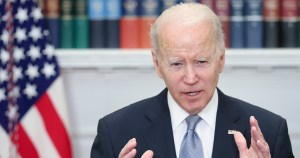